Posted at 14:31h in blog, pregnancy by realflowyoga
Share

Flow-state is a high functioning state of consciousness. It’s  where we access our intuition to feel and perform our very best. It’s when we are ‘in the zone’, fully engrossed, fully focused on what we are doing. We become at one with our activity, utterly present with no sense of time. There is a richness and lucidity to the experience that gives it a detailed quality of unforgettable ‘aliveness’  that when over, we look back and consider that moment to be a peak experience or performance.

Psychologist Mihaly Czenchmihaly pioneered research into flow-state and has identified 8 conditions that induce it:

1) a clear goal plus moment to moment goals. –

2) feedback needs to be apparent and immediate –

3) there is an appropriate level of challenge -.

5) there are no distractions

7)loss of sense of ‘I’, self merges with the activity at hand

8)there is an altered sense of time

I have been studying flow-state research for the last 4 years and it has provided much insight and new clarity into all sorts of personal life experiences. Yet my experiential understanding of the flow-state within my yoga practice, pregnancy and child’s birth preceded my research into flow-state. Alas, it’s nice to put a name to that feeling!

The connection between flow-state and pregnancy and birth has not formally been made within research (as far as I can tell) but it is certainly something worth exploring.

So comparing the conditions of childbirth to Czenchmihaly’s conditions for flow-state (table above), we can certainly find plenty of overlap and similarity:

The goal is to get the baby, with mother and baby both safe, with a moment to moment goal of managing each contraction at a time.  In terms of receiving regular feedback, there is much research support that advocates the importance of the role of the birth partner’s in offering motivation and support creating a positive birth experience. Damn straight there is challenge during pregnancy and childbirth! Whether it’s manageable depends on the support and situation of the women. Certainly the woman would be fully focused on the task at hand and there is a real sense of losing oneself and an altered sense of time during labour. A minute can feel like an hour, that’s for sure!

The implications of making flow-state more widely known and thus more accessible for more expectant mothers are far-reaching. If more women can access more flow-state, it would increase their chances of a positive and empowering pregnancy and birth experience. 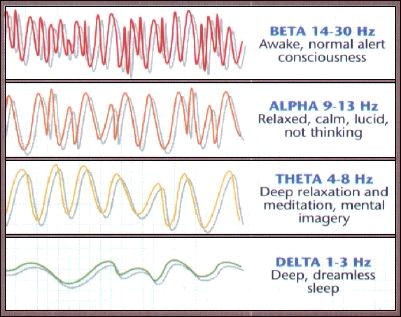 My entire pregnancy, from the moment that I discovered I was 2 weeks pregnant (having already suspected it for a week), I felt very mentally and energetically different. I recall my senses being extremely heightened, yet also feeling very detached from the rest of the world as it felt too overwhelming to engage with due to the intensity of my inner world which, thrust itself to the forefront of my awareness and attention. There was no clarity of thought or no motivation to do anything but just be. In daily pregnant life, I literally felt as if I was surrounded by a bubble that half blocked out the rest of the world and the only real interactions that were going on were with myself and my growing body and baby.

Meditation became very easy to access throughout pregnancy and my intuition was strong. Having taught yoga to hundreds of pregnant ladies over the years, the difference in vibe in pregnancy yoga class vs general class was palpable. The pregnant ladies often settled into meditation and relaxation quicker than regular class and there was often reports of more lucid visualisation and ability to conjure imagery during yoga nidra. I believe that this all concedes to a shift in brain wave activity during pregnancy away from beta, more towards alpha.

Brain wave activity changes during labour. As early labour develops into active Labour, (approx measured 4 cm dilated cervix) the woman’s brain wave frequency begins to slow down and enter the Alpha state. When she reaches 7cm to 10cm dilated she enters the realm known as ‘transition’. During this (hopefully) short and most intense phase of labour, she accesses theta brain waves which create a deeply trance-like state of being. Theta is said to altar the perception of pain in order to to prepare her for the second stage of labour (pushing).Similarly, Flow-state exhibits alpha, theta and spikes of delta brain wave activity.

According to research published in the Medical Journal of Australia, expectant mothers perform worse in tasks measuring attention, decision making, planning and memory and there is an increase in grey matter. The same study showed that this loss of grey matter was restored two years after the birth of the childAnother study found that there were reductions in grey matter in the brains of pregnancy women in regions known to be closely tied to processing social information, such as decoding infant facial expressions and that area associated with establishing bonding and attachment. It seems as though the brain reconfigures to adapt to pregnancy and the new role of a women as a mother.

The Neurochemistry of Birth

This analysis of brain activity and neurochemistry reveals the strong similarities between pregnancy, birth and flow-state, which anecdotally makes sense, given the intensity of the experience and the transformative and powerful feats involved in bringing in life into the world!

We can prepare for pregnancy and childbirth through regularly accessing flow state because the more often that you access flow-state,  the more easy it becomes to access.

How do we access flow-state prior to pregnancy and childbirth? Well, yoga and meditation are certainly a well-tested means of cultivating flow-state. Furthermore, for birth, practicing hypnobirthing during pregnancy allows a women to release any fears that prevent her from accessing the powerful and optimally effective birthing hormones.

Another way of facilitating flow-state during childbirth is to have a doula at the birth who will hold space and provide the supportive environment that allows the mother’s the nervous system to relax enough for the active analytical mind (beta) to take a back seat so that the wisdom and powers of subconscious mind (alpha, theta, delta) to take the helm.

“Our capacity for ecstasy in birth is also both unique and universal, a necessary blessing that is hard-wired into our bodies, yet that requires, especially in these times, that we each trust, honor, and protect the act of giving birth according to our own instincts and needs” Dr Sarah J Buckley 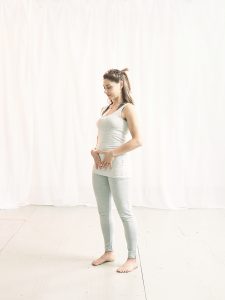