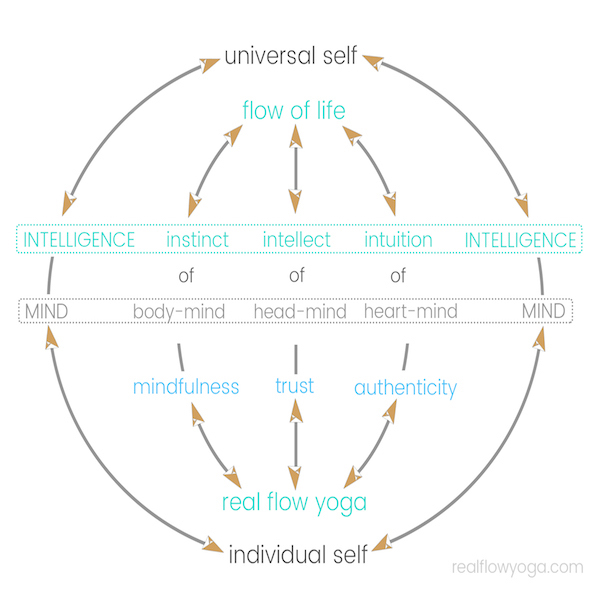 Posted at 08:02h in about page by realflowyoga
Share

There are traditions within yoga that also describe how the state of flow is inherent within everything. The world is described as being in continuous motion and in the constant state of change.

within Shavite Kashmiri Tantrism the creative pulsating principle is referred to in Sanskrit as ‘Spanda’. Spanda is said to manifest all of life through spontaneous, vibrating pulsation.

Real Flow Yoga training respects and honours the flow-state. The ethos emphasises the cultivation of mindfulness, trust and authenticity. These 3 key qualities unlock the flow state.

Real Flow Yoga also recognises that ‘mind’ is not just head, but encompasses heart and body also. This provides the notion of intelligence also as three-fold:

Instinct of the body-mind

Intellect of the head-mind and

Intuition of the Heart-mind

thus Real Flow Yoga is a an approach to yoga practice that develops the individual’s intelligence in a way that aligns them with the universal intelligence through the flow-state. 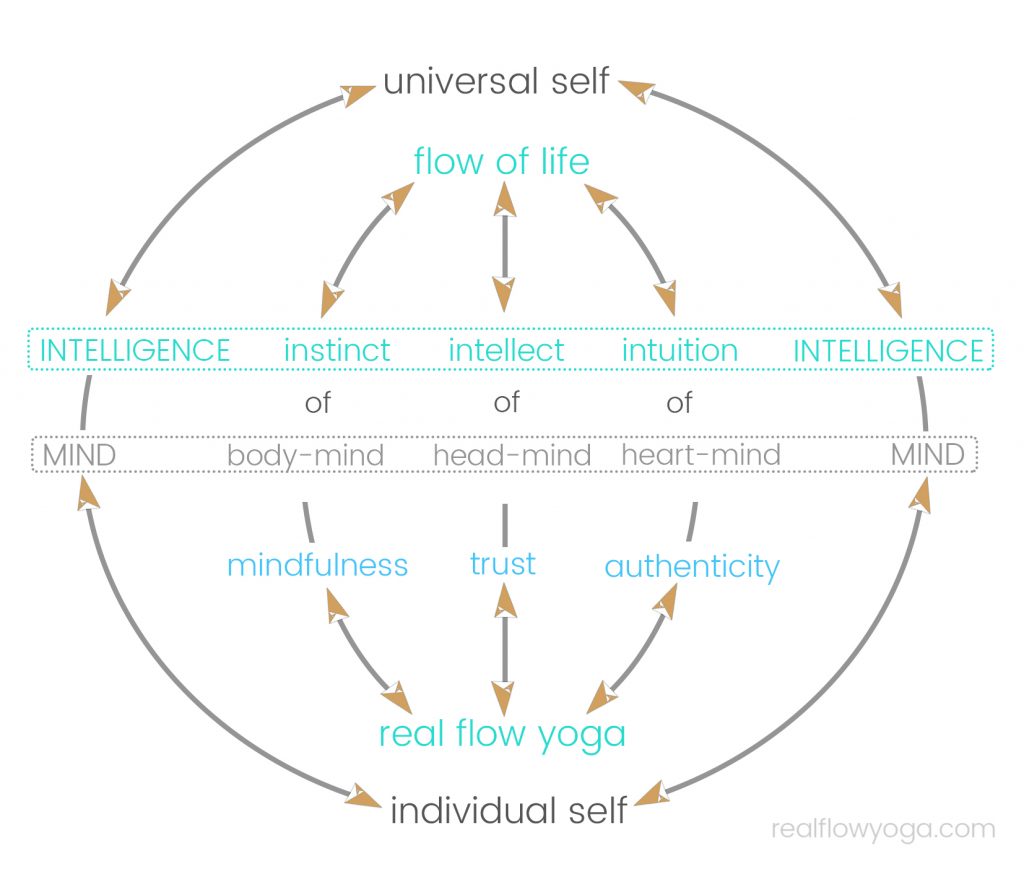